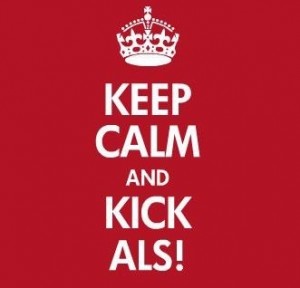 ALS (amyotrophic lateral sclerosis) is a devastating progressive neurodegenerative disease which destroys the ability to walk, speak, eat and breathe. ALS was first recognized as a disease in 1869, by Jean-Martin Charcot, a French Neurologist. However, ALS is sometimes referred as Lou Gehrig’s disease; named after Lou Gehrig, a famous baseball first basemen, whose career was stopped in 1939 when he developed ALS at the age of 36. At that time, ALS was given widespread public attention due to the high profile of this baseball player.

The aim of ALS awareness month is to raise awareness about ALS, gather support for those affected by this condition and to encourage funding and research into a treatment or cure.

Raising Awareness About The Effects Of ALS
ALS affects the body by attacking motor neurons (nerve cells) of the brain and spinal cord. Motor neurons are cells which process and transmit signals which help to control muscles. Destruction of motor neuron cells leads to symptoms related to loss of muscle control. Typical symptoms of ALS include inability to walk, speak, eat and even breathe.

As ALS is a progressive disease, more motor neurons are destroyed overtime worsening the symptoms. Difficulty breathing and swallowing are later symptoms; paralysis can also develop. After the onset of this disease, fatality usually occurs within 2-5 years.

Healthy People In Their Prime Can Also Get ALS
ALS typically affects people over the age of 40, including those who were previously enjoyed excellent health in the prime of their lives. Whilst ALS affects a minority of the population (in the US about 30,000 people have this condition), ALS is indiscriminate in the types of people who will be affected by it. Famous people who had ALS include NBA player George Yardley, Senator Jacob Javits and former vice president of the US, Henry Wallace.

ALS can be devastating to both the person and to their friends and family. At present there is no known treatment or cure for ALS. If a cure or greater understanding of ALS is achieved, then it is likely that this will benefit research into related conditions like Parkinson’s, Huntington’s and Alzheimer’s disease. There could be a similar underlying neurodegenerative condition in each of them.

Supporting ALS Awareness Month
Several organizations which represent people with neurodegenerative diseases back ALS Awareness Month to support those with this condition and to raise funds for research into a cure. These include the Muscular Dystrophy Association and the ALS Association who host seminars and other activities throughout the United States, during May.

To coincide with this awareness month, the ALS Association have in more recent years run a campaign, ‘ALS Across America’. Established in 2008, ‘ALS Across America’ aims to raise awareness about ALS by sharing with the media and public the experience people throughout the United States have with ALS. When we become aware of the plight of people with this serious disease, we are more likely to support them and the related organizations which work to find a cure.

A person can get involved in ALS awareness month by: