What is Post-Polio Syndrome? 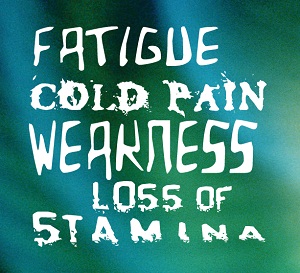 Post-polio syndrome, often called post-polio sequelae or the late effects of polio, is a condition which affects a growing number of individuals who contracted polio 30 or more years ago. Most polio patients recovered, at least partially, held responsible jobs and functioned reasonably well for years. Many now find themselves physically unable to maintain the active lifestyle they had struggled so hard to achieve. Post-polio syndrome is characterized by the following symptoms:

Because of the virtual eradication of polio in the United States in the late 1950s, most members of the medical community and the general public fail to recognize such symptoms as relating in some manner to the original disease. Although medical researchers studying post-polio syndrome have uncovered some facts about the condition, no effective medical treatments have been found. Lifestyle changes, pacing and the use of adaptive equipment are the most effective way to minimize the effects of PPS.

The Association was formed in 1986 and became a nonprofit corporation in 1987. Membership is open to:

The Association’s Activities, Resources and Publications

The Fred C. Pearson Memorial Fund, named in honor of a creative and generous man who made tremendous contributions to the GBPPA in many areas during his lifetime, was established to assist members of the Association of at least six months standing who are now encountering the effects of post-polio syndrome to purchase assistive equipment, including but not limited to walking aids (such as canes, walkers and special shoes), automotive or wheelchair accessories and tub or shower safety equipment (such as grab bars or special seats). It is also the intent to provide grants for unreimbursed services by a qualified healthcare provider such as initial diagnostic testing relating to post-polio syndrome or review of rehabilitation issues including evaluations of the home environment. The maximum grant is $600 and shall be not less than 25% of the total cost of the assistive equipment or services for which the grant is made.

The Association encourages members who feel that they might qualify to request an application by calling the voicemail line.

From Wikipedia, the free encyclopedia

Post-polio syndrome (PPS, or post-poliomyelitis syndrome or post-polio sequelae) is a condition that affects approximately 25–50% of people who have previously contracted poliomyelitis—a viral infection of the nervous system—after the initial infection. Typically the symptoms appear 15–30 years after recovery from the original paralyticattack, at an age of 35 to 60. Symptoms include acute or increased muscular weakness, pain in the muscles, andfatigue. The same symptoms may also occur years after a nonparalytic polio (NPP) infection.

The precise mechanism that causes PPS is unknown. It shares many features with chronic fatigue syndrome, but unlike that disorder, it tends to be progressive, and can cause loss of muscle strength. Treatment is primarily limited to adequate rest, conservation of available energy, and supportive measures, such as leg braces and energy-saving devices such as powered wheelchairs, analgesia (pain relief) and sleep aids.

After a period of prolonged stability individuals who had been infected and recovered from polio begin to experience new signs and symptoms, characterised bymuscular atrophy (decreased muscle mass), weakness, pain and fatigue in limbs that were originally affected or in limbs that didn’t seem to have been affected at the time of the initial polio illness.[2] PPS is a very slowly progressing condition marked by periods of stability followed by new declines in the ability to carry out usual daily activities.[3] Most patients become aware of their decreased capacity to carry out daily routines due to significant changes in mobility, decreasing upper limb function and lung capability. Fatigue is often the most disabling symptom; even slight exertion often produces disabling fatigue and can also intensify other symptoms.[4] Problems breathing or swallowing, sleep-related breathing disorders, such as sleep apnea and decreased tolerance for cold temperatures are other notable symptoms.[2]

Increased activity during intervening healthy years between the original infection and onset of PPS can amplify the symptoms. Thus, contracting poliomyelitis at a young age can result in particularly disabling PPS symptoms.[5]

Numerous theories have been proposed to explain post-polio syndrome. Despite this, there are currently no absolutely defined causes of PPS. The most widely accepted theory of the mechanism behind the disorder is “neural fatigue”. A motor unit is a nerve cell (or neuron) and the muscle fibers it activates. Poliovirusattacks specific neurons in the brainstem and the anterior horn cells of the spinal cord, generally resulting in the death of a substantial fraction of the motor neuronscontrolling skeletal muscles. In an effort to compensate for the loss of these neurons, surviving motor neurons sprout new nerve terminals to the orphaned muscle fibers. The result is some recovery of movement and the development of enlarged motor units.[3]

The neural fatigue theory proposes that the enlargement of the motor neuron fibres places added metabolic stress on the nerve cell body to nourish the additional fibers. After years of use, this stress may be more than the neuron can handle, leading to the gradual deterioration of the sprouted fibers and, eventually, the neuron itself. This causes muscle weakness and paralysis. Restoration of nerve function may occur in some fibers a second time, but eventually nerve terminals malfunction and permanent weakness occurs.[3] When these neurons no longer carry on sprouting, fatigue occurs due to the increasing metabolic demand of the nervous system.[6] The normal aging process also may play a role. There is an ongoing denervation and reinnervation, but the reinnervation process has an upper limit where the reinnervation cannot compensate for the ongoing denervation, and loss of motor units takes place.[7] However, what disturbs the denervation-reinnervation equilibrium and causes peripheral denervation is still unclear. With age, most people experience a decrease in the number of spinal motor neurons. Because polio survivors have already lost a considerable number of motor neurons, further age-related loss of neurons may contribute substantially to new muscle weakness. The overuse and underuse of muscles also may contribute to muscle weakness.[8]

Another theory is that people who have recovered from polio lose remaining healthy neurons at a faster rate than normal. However, little evidence exists to support this idea.[9] Finally, it has been proposed that the initial polio infection causes an autoimmune reaction, in which the body’s immune system attacks normal cells as if they were foreign substances. Again, compared to neural fatigue, the evidence supporting this theory is quite limited.[9]

Diagnosis of post-polio syndrome can be difficult, since the symptoms are hard to separate from complications due to the original poliomyelitis infection, and from the normal infirmities of aging. There is no laboratory test for post-polio syndrome, nor are there any other specific diagnostic criteria. Three important criteria are recognized, including: previous diagnosis of polio, long interval after recovery and the gradual onset of weakness.[10]

In general, PPS is a diagnosis of exclusion whereby other possible causes of the symptoms are eliminated.[11] Neurological examination aided by other laboratory studies can help to determine what component of a neuromuscular deficit occurred with polio and what components are new and to exclude all other possible diagnoses. Objective assessment of muscle strength in PPS patients may not be easy. Changes in muscle strength are determined in specific muscle groups using various muscle scales which quantify strength, such as the Medical Research Council (MRC) scale. Magnetic resonance imaging (MRI), neuroimaging, andelectrophysiological studies, muscle biopsies, or spinal fluid analysis may also be useful in establishing a PPS diagnosis.[11]

The treatment for post-polio syndrome is generally palliative and consists of rest, analgesia (pain relief) and utilisation of mechanisms to make life easier such as powered wheelchairs. There are no reversive therapies. Fatigue is usually the most disabling symptom; energy conservation can significantly reduce fatigue episodes. Such conservation can be achieved with lifestyle changes, reducing workload and daytime sleeping. Weight loss is also recommended if patients areobese. In some cases, the use of lower limb orthotics can reduce energy usage. Medications for fatigue, such as amantadine and pyridostigmine,[12][13] have not been found to be effective in the management of PPS.[6] Muscle strength and endurance training are more important in managing the symptoms of PPS than the ability to perform long aerobic activity. Management should focus on treatments such as hydrotherapy and developing other routines that encourage strength but do not affect fatigue levels.[6] The recent trend is towards use of intravenous immunoglobulin (IVIG)which has yielded promising, albeit modest results.[14]

PPS increases the stress on the musculoskeletal system due to increasing muscular atrophy. A recent study showed that in a review of 539 PPS patients, 80% reported pain in muscles and joints and 87% only had fatigue.[15] Joint instability can cause significant pain in individuals with PPS should be adequately treated with painkillers. Supervised activity programs, decreasing mechanical stress with braces and adaptive equipment is recommended.[4][6]

Because PPS can fatigue facial muscles, as well as cause dysphagia (difficulty swallowing), dysarthria (difficulty speaking) or aphonia (inability to produce speech), persons with PPS may become malnourished due to difficulty eating. Compensatory routines can help relieve these symptoms such as eating smaller portions at a time and sitting down whilst eating.[16] PPS with respiratory involvement requires special management such as breathing exercises, chest percussion with a stethoscope on regular occasions for observation of the disease and management of secretions. Failure to properly assess PPS with respiratory involvement can increase the risk of missing aspiration pneumonia (an infection of the lower respiratory tract) in an individual. Severe cases may require permanent ventilation ortracheostomy. Sleep apnoea may also occur. Other management strategies that may lead to improvement include smoking cessation, treatment of other respiratory diseases and vaccination against respiratory infections such as influenza.[4]

In general, PPS is not life-threatening. The major exception are patients left with severe residual respiratory difficulties, who may experience new severe respiratory impairment. Studies have shown that, compared to control populations, PPS patients lack any elevation of antibodies against the poliovirus, and because no poliovirus is excreted in the feces, it is not considered a recurrence of the original polio. Further, there is no evidence that the poliovirus can cause a persistent infection in humans. PPS has been confused with amyotrophic lateral sclerosis (ALS), which progressively weakens muscles. PPS patients do not have an elevated risk of ALS.[6]

There have been no sufficient longitudinal studies on the prognosis of post-polio syndrome; however, speculations have been made by several physicians based on experience. Fatigue and mobility usually return to normal over a long period of time. The prognosis also differs depending upon different causes and factors affecting the individual.[5] An overall mortality rate of 25% exists due to possible respiratory paralysis of persons with post-polio syndrome; otherwise, post-polio syndrome is usually non-lethal.[17]

Post-polio syndrome occurs in approximately 25–50% of people who survive a poliomyelitis infection.[18] On average, it occurs 30–35 years afterwards; however, delays of between 8–71 years have been recorded.[19][20] The disease occurs sooner in persons with more severe initial infection.[20] Other factors that increase the risk of postpolio syndrome include increasing length of time since acute poliovirus infection, presence of permanent residual impairment after recovery from the acute illness,[19][20] and female sex.[21]

Post-polio syndrome is documented to occur in cases of nonparalytic polio (NPP). One review states late-onset weakness and fatigue occurs in 14% to 42% of NPP patients.[22]