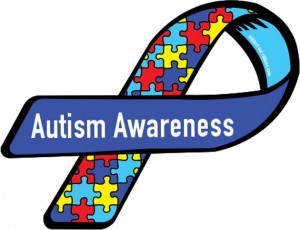 The importance of recognizing Autism throughout the month of April is to help better educate and raise awareness to the public. Autism is a complex mental condition and developmental disability, characterized by difficulties in the way a person communicates and interacts with other people. Autism can be present from birth or form during early childhood, typically within the first three years. Autism is a lifelong developmental disability with no single known cause.

People with autism are also known as having Autism Spectrum Disorder (ASD) both terms are often used interchangeably. People with ASD have a set of symptoms unique to themselves; no two people are the same. ASD affects people in different ways, and can range from very mild to severe. Although some symptoms are similar, such as challenges with social interaction, there are differences in when the symptoms start, how severe they are, and the exact nature of the symptoms.

If you are looking for a way to get involved, donate for just want to learn more information about Autism you can visit the websites of some great organizations such as Autism Speaks, Autism Society and the National Autism Association.