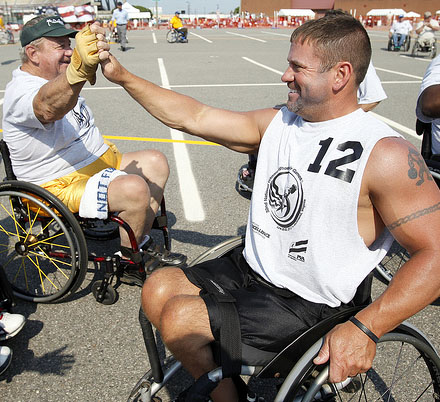 The largest annual wheelchair sporting event in the world requires a tremendous amount of time—about two years’ worth—so Tampa Bay get ready; the city has been chosen to host the 33rd National Veterans Wheelchair Games July 13-18, 2013.

“We’re looking forward to returning to the Southeast,” said Doug Beckley, Paralyzed Veterans’ director of the Games. “Tampa is a great venue everyone is sure to enjoy.”

Co-hosts for the event will be the James A. Haley Veterans Hospital, along with the Florida Gulf Coast and Central Florida chapters of Paralyzed Veterans. The event annually draws more than 500 veterans, who compete against peers according to wheelchair sports experience and ability. Event include archery, basketball, bowling, nine ball, power soccer, quad rugby, softball and swimming.

“Both chapters have already begun to promote the Games and are working with the VA’s local organizing committee to ensure the Games in Tampa will leave a lasting memory for all who are involved,” Beckley added.

The Tampa Convention Center and St. Pete Times Forum will serve as the main venues for the Games.