Chronic fatigue syndrome, or CFS, is a devastating and complex disorder. People with CFS have overwhelming fatigue and a host of other symptoms that are not improved by bed rest and that can get worse after physical activity or mental exertion. They often function at a substantially lower level of activity than they were capable of before they became ill.

Besides severe fatigue, other symptoms include muscle pain, impaired memory or mental concentration, insomnia, and post-exertion malaise lasting more than 24 hours. In some cases, CFS can persist for years.

Researchers have not yet identified what causes CFS, and there are no tests to diagnose CFS. However, because many illnesses have fatigue as a symptom, doctors need to take care to rule out other conditions, which may be treatable.

While a single cause for CFS may yet be identified, another possibility is that CFS has multiple triggers. Some of the possible causes of CFS might be:

Sypmtoms
The primary symptom of CFS is unexplained, severe fatigue lasting at least 6 months that is not improved by bed rest and that can get worse after physical activity or mental exertion. Individuals with CFS experience a fatigue so strong that their activity levels and stamina decline dramatically. However, fatigue is not the only symptom, and for some patients may not be the symptom that bothers them the most.

As stated in the 1994 case definition, the fatigue of CFS is accompanied by at least 4 of 8 characteristic symptoms lasting at least 6 months. These symptoms include:

The symptoms listed above are the symptoms used to diagnose this illness. However, many CFS patients may experience other symptoms, including irritable bowel, depression or other psychological problems, chills and night sweats, visual disturbances, brain fog, difficulty maintaining upright position, dizziness, balance problems, fainting, and allergies or sensitivities to foods, odors, chemicals, medications, or noise. 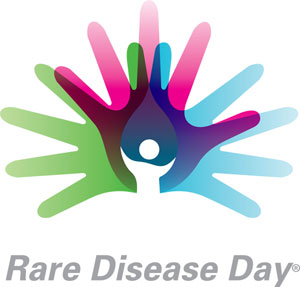 Rare Disease Day takes place on the last day of February each year.

The main objective of Rare Disease Day is to raise awareness amongst the general public and decision-makers about rare diseases and their impact on patients’ lives.

The campaign targets primarily the general public and also seeks to raise awareness amongst policy makers, public authorities, industry representatives, researchers, health professionals and anyone who has a genuine interest in rare diseases.

Since Rare Disease Day was first launched by EURORDIS and its Council of National Alliances in 2008, thousands of events have taken place throughout the world reaching hundreds of thousands of people and resulting in a great deal of media coverage.

The political momentum resulting from Rare Disease Day also serves advocacy purposes. It has notably contributed to the advancement of national plans and policies for rare diseases in a number of countries.

Even though the campaign started as a European event, it has progressively become a world phenomenon, with the USA joining in 2009, and participation in a record-breaking 84 countries around the world in 2014. We hope many more will join in 2015. Some countries have decided to raise rare disease awareness further, for example, Spain declared 2013 as the National Year for Rare Diseases.

The objective is for the World Health Organization to recognize the last day of February as the official Rare Disease Day and to raise increasing awareness for Rare Diseases worldwide.

On rarediseaseday.org you can find information about the thousands of events happening around the world to build awareness for people living with a rare disease and their families. If you are planning an event, you can register your event details on their Post your Event page to get your event listed on the site.