The following information and more can be found on The Foundation For Sarcoidosis Research’s website: www.stopsarcoidosis.org 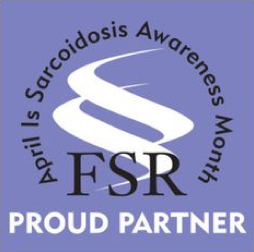 Sarcoidosis is an inflammatory disease that can affect almost any organ in the body. It causes heightened immunity, which means that a person’s immune system, which normally protects the body from infection and disease, overreacts, resulting in damage to the body’s own tissues. The classic feature of sarcoidosis is the formation of granulomas, microscopic clumps of inflammatory cells that group together (and look like granules, hence the name). When too many of these clumps form in an organ they can interfere with how that organ functions.

Sarcoidosis is a multi-system disorder.  Symptoms typically depend on which organ the disease affects.  Most often the disease will affect the lungs.