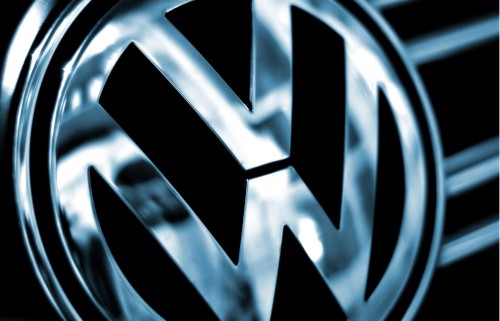 Chrysler report indicates that it won’t be building any more minivans for Volkswagen. You can at least try to act surprised.
In 2008 Volkswagen struck a deal with Chrysler to turn the Town & Country into the Routan. The VW version of the Canadian minivan got a fresh face and returned suspension, but was essentially the same as its Chrysler counterpart. After four years of dismal sales (despite a costly advertising campaign with Brook Shields) the Routan has apparently been discontinued. The news was apparently slipped in under the radar into an announcement of production adjustments at the plant in Windsor, Ontario.

While the decision to axe the Routan was likely driven by lackluster sales, we can’t help but wonder if the tense relations between Volkswagen and Fiat/Chrysler didn’t usher the Routan to its grave. The Routan was just one of many nameplates under which the same van was sold, alongside the Chrysler Town & Country, Dodge Grand Caravan, Ram C/V and, in overseas markets, the Chrysler and Lancia Grand Voyager. Volkswagen reportedly has no plans to replace the Routan with a new model, although it has plenty of vans overseas (like the Touran and Sharan) it could bring over to North America if it deemed it worthwhile.

Over the past month or two, we’ve been going through our wheelchair van buyer’s guide here at VMi New England. This week was meant to spotlight the Volkswagen Routan, the fourth line of new minivans we offer.

Unfortunately though, the Volkswagen Routan is being discontinued.

The Routan is an interesting mix of a vehicle.  See, the name and logo say Volkswagen.  The exterior curves and interior aesthetics look and feel like a Volkswagen.  Much like you would expect from a “European” vehicle, it also features a tighter suspension with firm steering to match.

Beneath its sheet metal and fiberglass exterior, however, it’s almost the exact same van as the Town & Country/Caravan.  The engine, the dimensions, the wheelbase, the list goes on.

The Routan is built on the same frame with the same engine.

But you’d be surprised how much the look and handling add.  Many have commented that the Routan is about as sleek and sturdy as a minivan could possibly get.  Alas, it wasn’t enough to keep it in production.

Though sales have been okay for the Routan, they weren’t quite good enough to keep it alive.  Part of the problem is no doubt the higher cost of the van.  Considering just how similar it was to the considerably cheaper Caravan in terms of specs, it was often a hard sell.

And so, the Routan has been retired.

The Future Beyond the Routan

Volkswagen is currently planning to replace the Routan with a crossover SUV.  While this might be good for the general public, SUVs (particularly crossovers) don’t exactly offer great wheelchair access.

For the wheelchair van community, we will still be offering the Odyssey, the Town & Country, and the ever popular Caravan, all three of which are fantastic vehicles.  Could the future bring a new wheelchair accessible minivan into the mix?