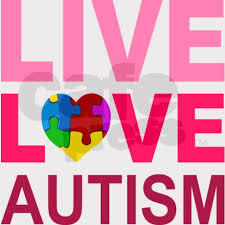 Nearly a quarter of could be due to antibodies found in the mother’s blood during pregnancy that interfere with fetal brain development, researchers say.

In a study published this week in the journal Translational Psychiatry, researchers report that certain antibodies found almost exclusively in women with children who have autism may be affecting brain development during pregnancy.

The problematic antibodies could account for as many as 23 percent of all cases of the developmental disorder, the study found.

“These findings are incredibly important because they establish a cause for a significant portion of autism cases, thereby opening up new lines of inquiry into possible biological treatments,” said Leonard Abbeduto, director of the University of California, Davis MIND Institute where the research was conducted.

Typically, maternal antibodies enter the placenta to help ward off bacteria and other viruses. But in some cases, instead of extending immunity to the child, these antibodies become what are known as autoantibodies and attack healthy tissue.

For the study, researchers looked at blood samples from 246 mothers of children with autism and 149 mothers of children without the developmental disorder. They found that nearly 1 in 4 moms with a child on the spectrum had certain combinations of antibodies that target fetal brain proteins. The antibodies were found in less than 1 percent of mothers in the control group.

The finding could lead to a diagnostic test that could be given to mothers if they have a young child suspected of having autism, researchers said, allowing children to enter early intervention.

Such a test might also be used to assess a woman’s chance of having a kid with autism prior to becoming pregnant, they indicated.

In a separate study that was published in the same journal, researchers injected pregnant monkeys with the antibodies spotted in many mothers of kids with autism and found that the exposure negatively affected behavior and development in the offspring.