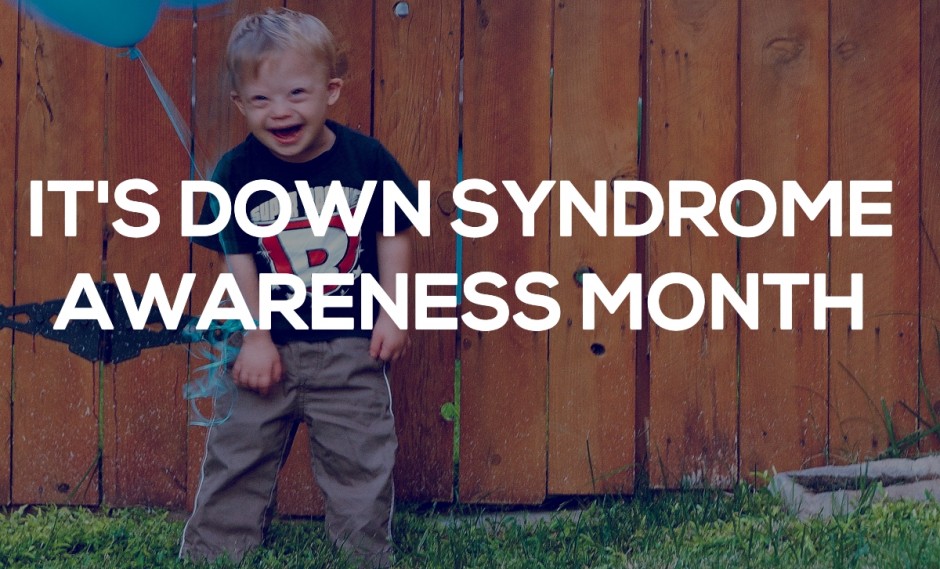 Down Syndrome Awareness Month is chance to spread awareness, advocacy and inclusion throughout the community. During the month of October, we celebrate  individuals with Down syndrome and make people aware of their abilities and accomplishments

What Is Down Syndrome?
In every cell in the human body there is a nucleus, where genetic material is stored in genes.  Genes carry the codes responsible for all of our inherited traits and are grouped along rod-like structures called chromosomes.  Typically, the nucleus of each cell contains 23 pairs of chromosomes, half of which are inherited from each parent. Down syndrome occurs when an individual has a full or partial extra copy of chromosome 21.

What Causes Down Syndrome?
Regardless of the type of Down syndrome a person may have, all people with Down syndrome have an extra, critical portion of chromosome 21 present in all or some of their cells.  This additional genetic material alters the course of development and causes the characteristics associated with Down syndrome.

The cause of nondisjunction is currently unknown, but research has shown that it increases in frequency as a woman ages.  However, due to higher birth rates in younger women, 80% of children with Down syndrome are born to women under 35 years of age.

There is no definitive scientific research that indicates that Down syndrome is caused by environmental factors or the parents’ activities before or during pregnancy.

The additional partial or full copy of the 21st chromosome which causes Down syndrome can originate from either the father or the mother. Approximately 5% of the cases have been traced to the father.

When Was Down Syndrome Discovered?
For centuries, people with Down syndrome have been alluded to in art, literature and science. It wasn’t until the late nineteenth century, however, that John Langdon Down, an English physician, published an accurate description of a person with Down syndrome. It was this scholarly work, published in 1866, that earned Down the recognition as the “father” of the syndrome. Although other people had previously recognized the characteristics of the syndrome, it was Down who described the condition as a distinct and separate entity.