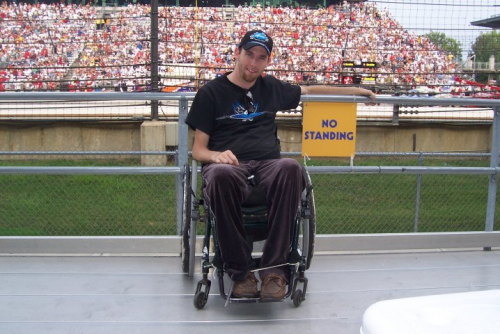 This event – a Craft and Vendor Fair – is being held by the Bridgewater Community Lions Club to benefit the Keep Newey Mobile Campaign.

The Keep Newey Mobile Campaign is a fundraising effort for Josh Newey of Bridgewater, MA. This was created to raise funds to replace his current mobility van; a rusty and unreliable ’99 Caravan with 210,000 miles! We welcome your participation by attending this event, and/or through online donations. 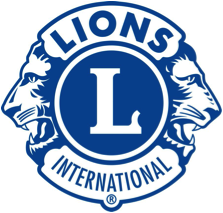 Growing up in a rural town in western Massachusetts, Josh always loved adventure and the outdoors. He was an active member of the Boy Scouts and a motorsports enthusiast. Josh couldn’t get enough of go-karts, snowmobiles, dirt-bikes, radio controlled toys, tractors, trucks, and anything else with a motor! Some of Josh’s favorite projects as a child and teen included rebuilding small engines and restoring snowmobiles. Josh attended a vocational-agricultural high school and was planning a career in equipment operation, maintenance and repair.

January 11th 1997 is the day Josh describes as the “best and worst day of his life”. Josh was 19 years old and in northern Vermont doing one of his favorite activities, snowmobiling with friends. As nighttime approached and the weather turned poor, visibility was low. Unfamiliar with the trails, and trying to maintain pace with the others in the group Josh came to a bend in the trail and was not able to make the turn quickly enough. He went off the trail and his head collided with a tree branch, breaking his neck and compromising his spinal cord. Josh also suffered a severe compound leg fracture. Josh’s accident was far out in the woods and although he never lost consciousness, it was only because of exhausting efforts by some of the others he was riding with that his life was saved. They knocked on doors seeking a phone to call for emergency help while others stayed behind to stabilize Josh. With the help of good Samaritan locals using a ladder as a backboard, he was carried to the back of a pickup truck, and transported to a location where an ambulance could finally take him to the hospital.

After being diagnosed with a C5/6 incomplete spinal cord injury (SCI), Josh was left a quadriplegic. He has paralysis from the chest down, with limited use of his arms and hands. He spent 4 months in acute rehabilitation learning to care for himself, transfer to and from his wheelchair, and how to embrace this new lifestyle. He moved to the South Shore of MA to live with his father so he could be closer to the medical resources he needed including outpatient therapy. The next several years were spent striving towards living an independent life again. After 3 years and some generous donations, Josh was physically as well as financially ready to drive again with the use of an accessible van and hand controls. The very same van we’re trying to replace with this campaign. (After 13 years & 206,000 miles it has served him well but it is used up!)

Josh attended Bridgewater State College and graduated in 2005 with a bachelor’s degree in Communications. He was a member of the Peer Leadership Program, the Public Relations Student Society of America, and he managed the swim team. He later returned to school for a post-baccalaureate certificate in Graphic and Web Design.

Today,  36-year-old Josh lives on his own in Bridgewater MA., works part-time as a marketing specialist, and strives to lead an active, healthy lifestyle. He is completely independent and a social creature by nature. Josh enjoys live music, traveling, visiting with friends and family, and anything related to motorsports!

Josh is an amazing human being who has overcome so many obstacles while maintaining a positive, upbeat attitude. He takes every day as it comes and his favorite expression is “Let the Good Times Roll”.