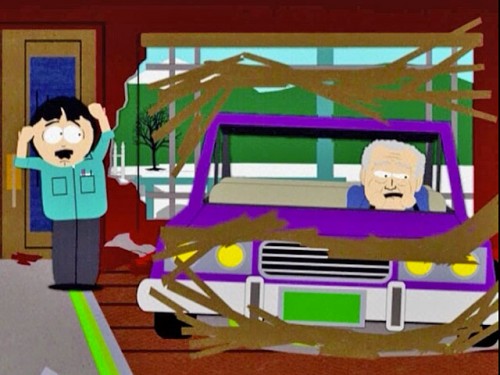 When you’ve got a family and an active lifestyle, minivans just make sense. Sliding doors and plenty of doors and plenty of room
you and your family can get where you’re going with all the soccer equipment, science fair projects, and car seats that need to come along. Assuming that you’ve already figured out your budget and determined that your family really needs a minivan, the next step is to start comparing models.

The Honda Odyssey and Toyota Sienna are two popular models that many families carefully consider – here’s a look at the pros and cons of each model and how they compare to one another.

Seating: Both models offer standard seven passenger seating, which is a 2-2-3 arrangement (two seats up front, two in the second row, and three in the third). Eight passenger seating is available in both models, only you must upgrade to get it.

Safety: According to federal crash test data, the Honda Odyssey is a bit safer than the Sienna, with a 5-star overall crash test rating instead of the Sienna’s 4-star rating. The IIHS, which also evaluates crashworthiness, rates the Sienna and the Odyseey the same, stating that they are both “Top Picks.”

Powertrain: Both vans come standard with powerful 3.5L V6 engines and front-wheel-drive. However, the Sienna offers optional (and class-exclusive) all-wheel-drive that consumers in cold-weather climates may find useful.

Pricing: When similarly equipped, the Sienna is a little less expensive than the Honda. However, it’s hard to do a direct price comparison as many options are offered in expensive packages. It’s also important to remember that incentives (such as cash back or low interest rate financing) can change the equation. SO, be sure to compare the total cost of both vans before you buy.

Still, the Sienna is likely to be less expensive than the Odyssey when it’s all said and done.

Warranty:
Both 3-years/36,000 mile Basic, 5-year/60,000 mile Powertrain, and 5-years/Unlimited mile Corrosion/Rust Thru. The difference really comes down to the features and safety ratings.

2013 Honda Odyssey Pros and Cons
The biggest benefit to owning and driving the Odyssey is it’s agile, almost sporty driving feel. Minivan buyers who don’t want to feel like they’re driving a big old van will surely appreciate this feature.

Additionally, the Odyssey’s excellent fuel economy rating (up to 29mpg on the highway) can be a nice benefit if your regular commute includes a good portion of highway use. Finally, many people like the Odyysey’s third-row seating design a bit better than the Sienna’s.

The biggest con of the 2013 Honda Odyssey is the higher price – you’ll pay a little more for the Odyssey compared to a similar Sienna. Additionally, some people find that Honda’s option packages come with a lot of features they don’t want or need. SO, if you’re looking at the Odyssey, it’s a good idea to make sure you understand what features come with the numerous packages available.

2013 Toyota Sienna Pros and Cons
Many minivan buyers appreciate that the Toyota Sienna is a good-looking vehicle that doesn’t scream “minivan.” The Sienna’s optional all-wheel-drive system (not available on a side entry wheelchair converted van) is a big benefit to folks that live in climates where snow and ice are a common occurrence. Finally, Toyota’s standard 2-year/25,000 mile roadside assistance and complimentary maintenance program is a nice benefit as well.

The cons of the 2013 Toyota Sienna focus more on driving characteristics than anything else. Reviewers often dislike the Sienna’s milk-toast steering response, indecisive transmission, and generally mushy feel. The Sienna also missed the mark a bit in federal crash tests, earning only a 4 star rating. However, the IIHS – which is a non-profit that also tests vehicle safety – rated the Sienna a “Top Pick,” so it’s not wise to ding the Sienna too heavily for their lower score.

Drivers looking for safety, fuel economy, lots of space, and a good price. Considering how close the Odyssey and Sienna are in all of these respects, a case can be made for either vehicle.