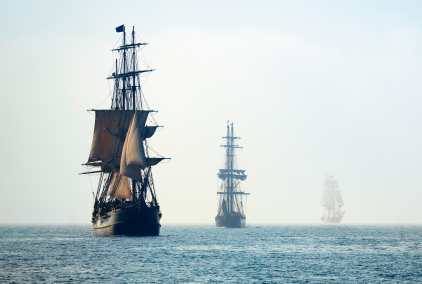 Today, America celebrates Columbus Day in honor of Christopher Columbus, the man who discovered…(kind of) America. Here are ten Columbus Day facts to help you celebrate this year’s Columbus Day.

2. Columbus is often celebrated as a hero, but many people do not think of him that way. There are many people who oppose Columbus Day. Many people attribute the colonization of America, which included the death of millions, slavery, and the spread of disease to Columbus.

The History Channel says that some places in the world have changed Columbus Day to a variation of “Day of Indigenous Resistance,” to celebrate the indigenous people who were killed by Columbus and his men. In Hawaii, Columbus Day is called Discovery Day.

3. Only one of Columbus’ famous ships, the Nina, Pinta, and Santa Maria, is known by its real name. The Pinta was actually called the Pinta. According to the Long Island Press, the Santa Maria was named the Gallega, and the Nina was a nickname for the Santa Clara.

4. Columbus is believed to have been an opium addict. Opium is used to create modern day heroin.

5. Columbus and his men are said to have brought the diseases syphilis back to Europe.

6. Another popular theory is that no one actually knows what Columbus looks like. Experts believe that the portraits of Columbus were not actually drawn of him.

9. Christopher Columbus was not the explorer’s real name. Experts believe that it was closer to Crisstofa Corumbo.

10. Columbus wasn’t afraid of falling off the edge of the world. Explorers in Columbus’s day did not believe that the world was flat. The big question wasn’t about the earth’s shape, but it’s size.