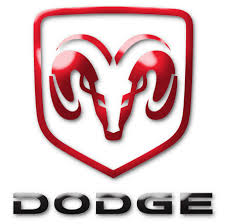 Getting the family across town, moving furniture, camping out, or towing a boat: whatever you need, the Grand Caravan can help make it happen.

THE INDUSTRY STANDARD IN
SAFETY & SECURITY.

At its debut back in 1984, the Dodge Caravan introduced American families to a new, extremely space-efficient vehicle: the minivan. The larger, “Grand” version debuted a few years later. It was a huge hit that remained a strong seller through the years, despite rivals that sprouted like so many dandelions on a suburban lawn. The 2012 Dodge Grand Caravan isn’t the dominator it was so many years ago, but it’s also much improved compared to past iterations.

Dodge refreshed the Grand Caravan in 2011 to bring about increases in engine performance, fuel economy, driving dynamics and cabin quality. Specifically, the V6 provides class-leading power along with decent fuel economy, the handling is fairly agile for such a big vehicle and the cabin boasts not only solid materials quality but also the clever Stow ‘n Go feature that allows both the second- and third-row seats to fold flat into the floor.

Nevertheless, the Grand Caravan still finds itself in an uphill battle against a couple of very tough competitors. Lined up tire-to-tire against the Honda Odyssey, Nissan Quest and Toyota Sienna, the 2012 Dodge Grand Caravan (and its Chrysler Town & Country twin) comes up a bit short in terms of engine refinement, ride quality and passenger comfort, even though the Dodge has the advantage in all-out cargo-carrying ease thanks to those Stow n’ Go second-row seats. As such, unless you plan to frequently switch your minivan from people mover to cargo van, we suggest cross-shopping the competition.

The 2012 Dodge Grand Caravan is a minivan that can seat up to seven passengers. It is offered in five trim levels: American Value Package (AVP), SE, SXT, Crew and R/T.

The SXT is essentially an SE with the SE Plus group. But the SXT offers more in the way of options, such as a power liftgate, power sliding doors, power-adjustable pedals, remote start and a rear DVD entertainment system.

Stepping up to the Crew trim level gets you foglights, a roof rack, chrome body-side accents, power sliding doors, tri-zone automatic climate control, a larger center console, an overhead console, a leather-wrapped steering wheel, a power driver seat, power-adjustable pedals, a trip computer, a 115-volt power outlet, a touchscreen display and an upgraded audio system with satellite radio and digital music storage. Optional is a Media Center package that includes the upgraded audio along with a larger display screen, a back-up camera and a navigation system with real-time traffic and weather.

The sporty R/T lies at the top of the lineup with 17-inch alloy wheels, a body-color grille, performance-tuned suspension and brakes, leather first- and second-row seats, a power-adjustable front passenger seat, a back-up camera and a premium Infinity sound system.

All 2012 Dodge Grand Caravan models are powered by a 3.6-liter V6 that produces 283 horsepower and 260 pound-feet of torque. Power is sent to the front wheels via a six-speed automatic transmission.

In Edmunds testing, the 2012 Grand Caravan accelerated from zero to 60 mph in 8 seconds — average for a minivan. Fuel mileage estimates stand at 17 mpg city/25 mpg highway and 20 mpg combined.

In Edmunds brake testing, a Grand Caravan Crew came to a stop from 60 mph in 130 feet — an average distance for a minivan. The R/T with its better brakes stops in a strong 119 feet. In government crash testing, the Grand Caravan was given an overall score of four out of five stars, with four stars for overall frontal-impact and five stars for overall side-impact testing. In Insurance Institute for Highway Safety testing, the Dodge Grand Caravan was awarded the highest possible rating of “Good” in the frontal-offset and side crash tests.

The Grand Caravan’s interior features quality materials and solid build quality that make it equal to — if not better than — rivals such as the Sienna. There is a total seating capacity of seven, which is in contrast to the eight possible in the Odyssey and Sienna. In terms of comfort, the front seats are supportive, but even drivers of average height have noted that the driver seat doesn’t slide far enough rearward. The bottom cushions of the second-row seats are somewhat low to the floor, but they are tilted back slightly to make the seating position comfortable for passengers with long legs. The third row is tilted even farther back, which may make it a bit strange for children and smaller adults. Taller adults may find limited headroom back there.

Unlike other minivans that require the removal of the middle row of seats to achieve maximum cargo capacity, the Grand Caravan benefits from its Stow ‘n Go second-row seats that fold flat into the floor. Operating these seats is fairly simple — only a quick tug of a strap and a few gentle yanks are required to make them disappear into the floor. The third-row seats fold into a deep cargo well, but require several more steps to transform. Luggage space behind the rear seats is a generous 33 cubic feet. Stowing all seats opens up 143.8 cubes, comparable to other minivans.

In terms of acceleration and handling, the 2012 Dodge Grand Caravan is a contender. But segment leaders like the Odyssey and Sienna are still steps ahead as they boast greater refinement in terms of powertrain performance and overall ride quality, both of which are smoother than the Grand Caravan’s. For example, the Dodge’s responsive six-speed automatic transmission does an admirable job of keeping power on tap, but sometimes its gearchanges can be jarring. The steering is slightly heavier and the suspension is a bit less compliant compared to its competition.

Reviewers like how much cargo the 2013 Grand Caravan can carry. It also has clever features, like second row seats that fold into the floor, that reviewers say make the interior flexible.  However, some reviewers also complain that those folding seats are uncomfortable. Standard features on the base model are sparse and include dual-zone climate control and an auxiliary audio input jack.  Available features on higher trims include Bluetooth, navigation, a rearview camera, a rear-seat entertainment system and USB ports.