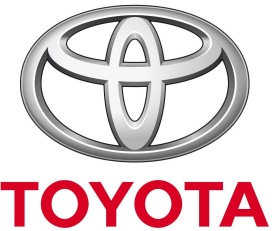 One of the few minivans still available at present, the Toyota Sienna, loses its base four-cylinder engine for 2013. The 2013 Sienna becomes an even more direct competitor to the Chrysler minivans and the Honda Odyssey this year, with more features in its most popular version.

Few of us shop for minivans based on style, but Toyota at least makes the effort to bring the Sienna into a modern flow. The front end shares the latest Toyota design cues, with a low grille that tapers upward softly into a roofline that does nothing to upset tradition–not like the Honda Odyssey’s lightning-bolt side cue, or the Nissan Quest’s ape of the Ford Flex. It’s a tidy take, free of controversy, and full of utility, since the regular, rectangular shape plays out directly into vast interior space. The cockpit’s styled with a bit of drama, and a bit too much grainy plastic, but it’s organized with care.

There’s no more four-cylinder engine, so all Siennas now come with a 3.5-liter V-6 with 266 horsepower, coupled to a six-speed automatic. Performance is brisk, but gas mileage dips overall with the loss of the four-cylinder, and even the six’s city ratings have fallen by 1 mpg. Handling isn’t quite as crisp as the Odyssey, but the Sienna’s electric power steering and independent suspension are sorted out well, without much body roll. The SE version has slightly more direct feel, but it’s a very subtle distinction to be drawn–one we think gets lost by most minivan shoppers.

At more than 200 inches long, and more than 78 inches wide, the Sienna’s a big van. There’s space everywhere, even in the third row. The front seats get a regal seating position, and even in the second row, a pair of airline-style reclining bucket seats are available. The basic bench is comfortable, with expanses of head and leg room–and it slides on an elongated track so that either second- or third-row leg room can be expanded. It also aids in loading passengers into the third row. The second-row seat can be removed entirely, but does not fold away into the floor–the Chrysler minivans’ special trick. The third-row seat does fold flat, and with it stowed and the middle seats pushed forward, the Sienna has 150 cubic feet of cargo space.

Standard features include curtain airbags and stability control, and a rearview camera and Bluetooth are available, and blind-spot monitors are now standard on upper trims. All Siennas come with dual sliding side doors; power windows, locks and mirrors; cruise control; a CD player and aux jack; a tilt/telescoping steering wheel; and three-zone climate control. Upscale versions add a power tailgate and power sliding side doors; steering-wheel audio controls; leather upholstery; heated front seats; a dual sunroof; and a huge 16.4-inch-wide LCD screen and a DVD player to keep the two back rows of passengers entertained. The screen even splits so that side can be dedicated to gaming, one to movies. A word of warning: one viewing of Pirates of the Caribbean, and you’ll be hooked, or on the hook.